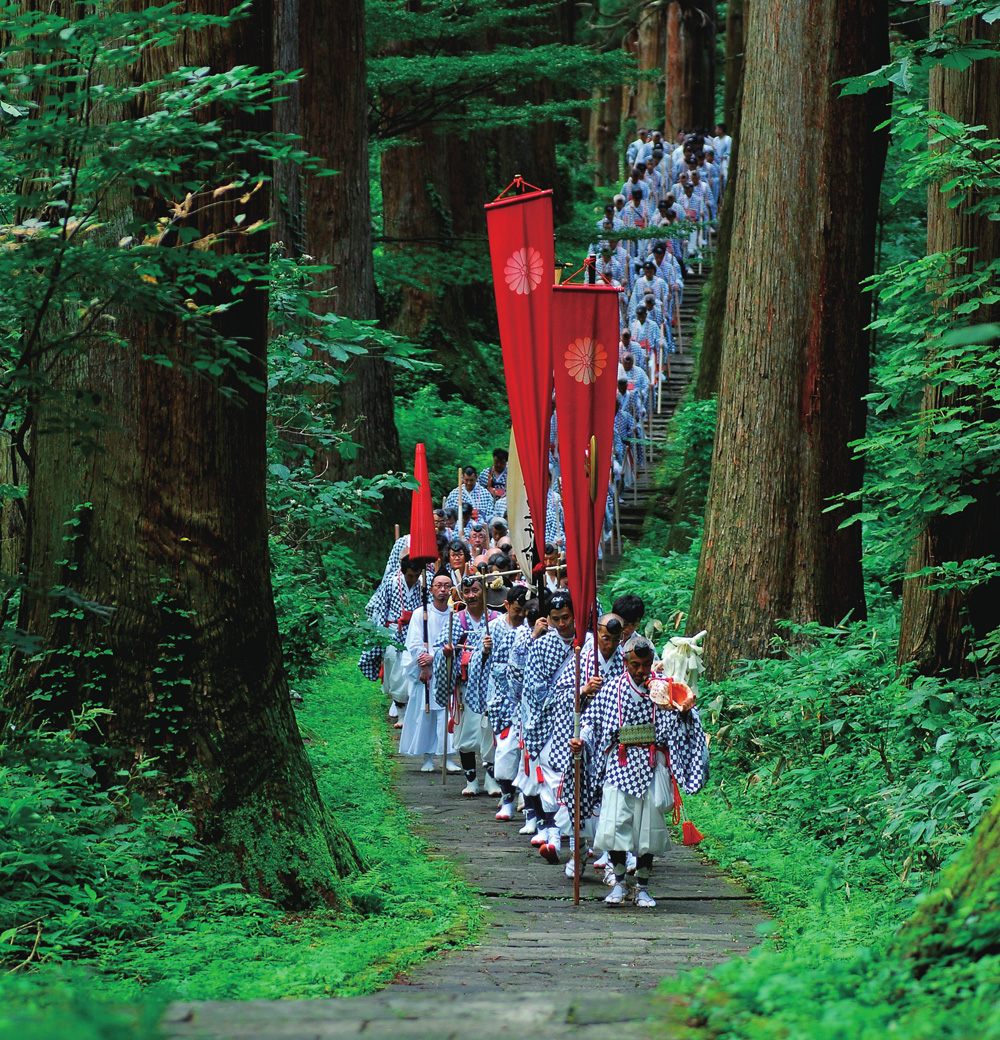 The Beginning of Rebirth

First enshrined by Prince Hachiko, Mt. Haguro is a Buddha (Shōkanseon-bosatsu) who saves people in the living world. It is the closest of the three mountains to civilization and is said to bring worldly benefits to the living; thus, it represents the present.