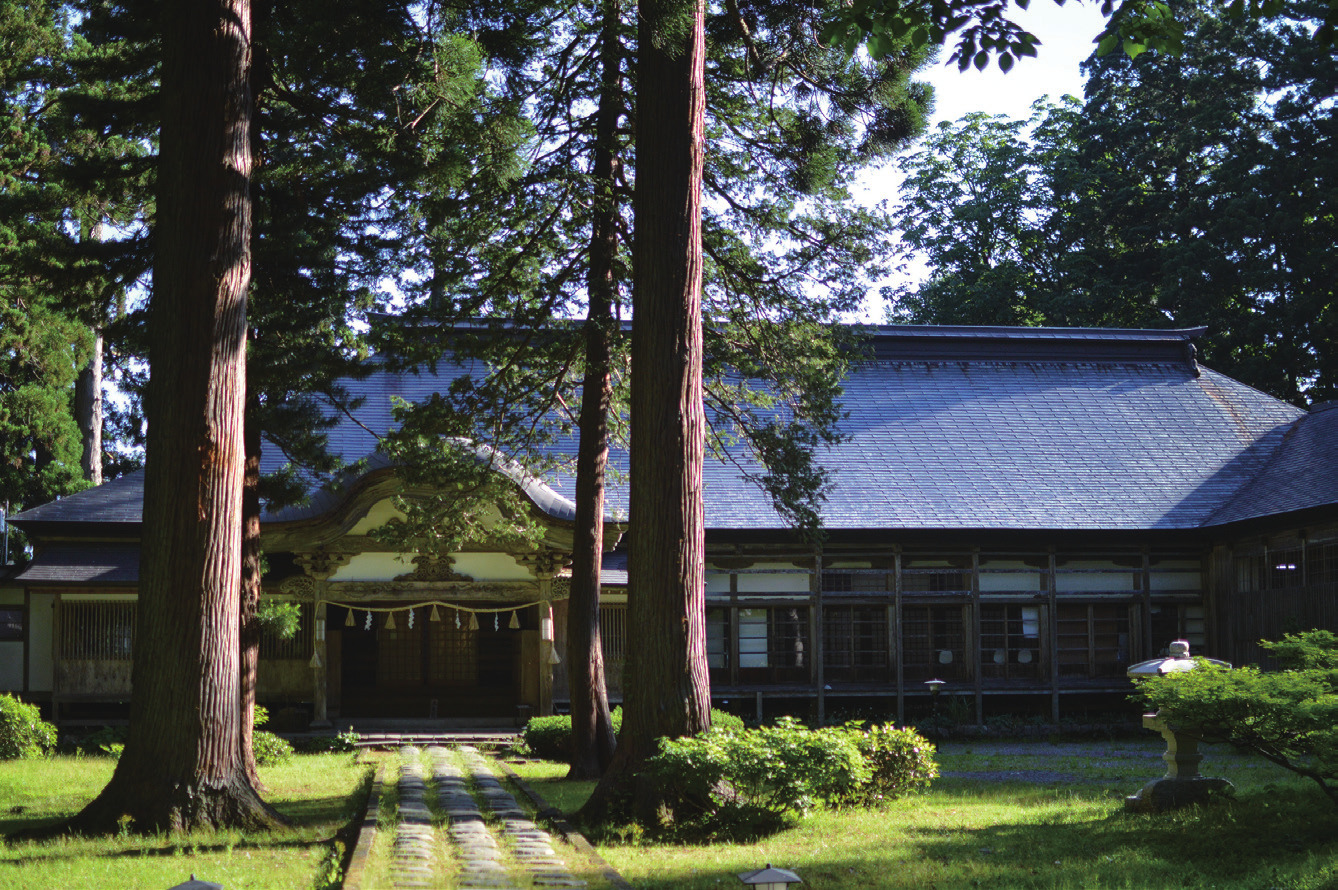 The Mt. Haguro Saikan is a temple at the top of the San-no-Zaka steps that was formerly known as Kezōin temple. There were previously over 30 such temples on the mountain; however, this is the only one remaining after the separation of Shinto and Buddhism in the Meiji period (1868-1912). The temple is currently used for praying and sampling shōjin-ryōri, the ascetic cuisine of the Yamabushi. It is also the location of Yamabushi training during the Fuyu-no-Mine ritual.