home > Where Nature and Faith Draw Breath: A Journey of Rebirth

Where Nature and Faith Draw Breath: A Journey of Rebirth 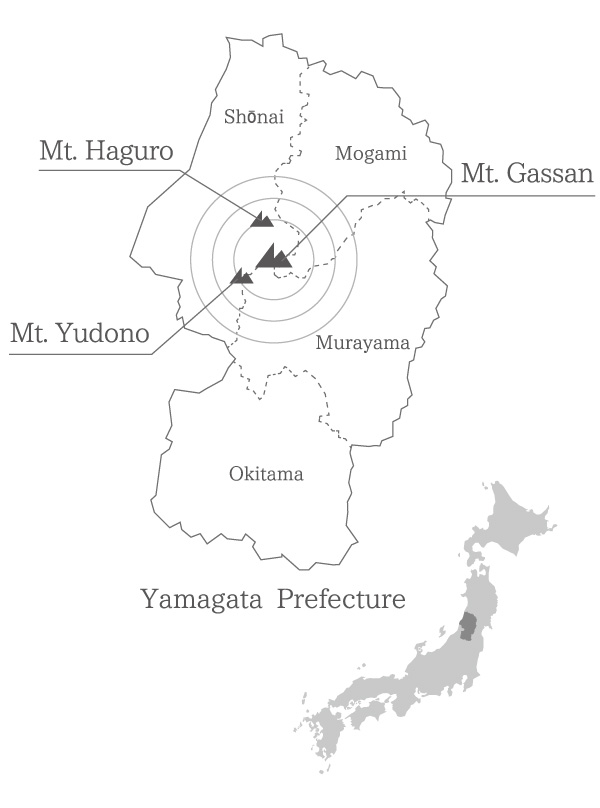 Haguro Shugendō, a form of mountain asceticism, was born amidst the sprawling nature of the Three Mountains of Dewa in central Yamagata Prefecture. According to this faith, Mt. Haguro represents the present and the fulfillment of worldly desires; spirits come to rest under lofty and graceful Mt. Gassan, which represents the past; and Mt. Yudono represents the future, the hot water gushing from its sacred red boulder symbolizing the birth of new life.

Climbing the three mountains became popular among the general public as a pilgrimage of rebirth during the Edo period. This old Japanese tradition, ever supported by the local community, continues to link faith with the natural mountain environment to this day. The pilgrimage begins at Mt. Haguro’s impressive torī gate, the border of the sacred area, and pilgrims enter the heart of the holy land once they reach Zuishin-mon, the Gate of Dual Deities. The cedars lining the stone stairway all the way to the summit seem to conceal the heavens themselves, leaving visitors in awe of nature’s presence: its aura soaks body and mind, imparting renewed energy for the morrow.

The Journey of Rebirth’s Origins

Mt. Haguro was enshrined by the son of emperor Sushun, Prince Hachiko, around 1,400 years ago, and is the center of Haguro Shugendō training. Shugendō is a form of mountain worship unique to Japan that combines nature worship with esoteric Buddhist elements. The main point of Haguro Shugendō is that it takes after the characteristics of the three mountains with Mt. Haguro (the mountain of the present) prayed to for happiness in the current life, Mt. Gassan (the mountain of the past) for a peaceful afterlife, and Mt. Yudono (the mountain of the future) for rebirth. The practice in which it is thought that while still alive you can be reborn as a new soul became popular among the public during the Edo period (1603-1868) as a way to reclaim youthful vitality, and was when the ritual —called San-kan San-do, or “three gates, three passages,” in Haguro Shugendō — came to be known as a “journey of rebirth.”

Long ago, people believed mountains and gods were one and the same: holy lands where divine spirits reside, sacred places that nurture new life. For Yamabushi, the “mountain monks” who practice Haguro Shugendō, retreating to a holy place like a mountain is akin to burying the worldly “self” and returning to the womb. Yamabushi consider themselves deceased when they put on their white shiro-shōzoku garments, enter the mountains, and roam the “other world.” They undergo hardships, celebrate becoming one with the holy mountain’s spirit, and are reborn as new souls when they emerge from the mountains. Yamabushi training was originally a means of becoming sokushinbutsu (a “Buddha of the flesh” who reaches enlightenment while still alive) to use the spiritual power gained from the mountains to provide salvation to all living beings. Haguro Shugendō’s Aki-no-Mineiri is the only death-and-rebirth imitation ritual of its kind that has survived to the present day. 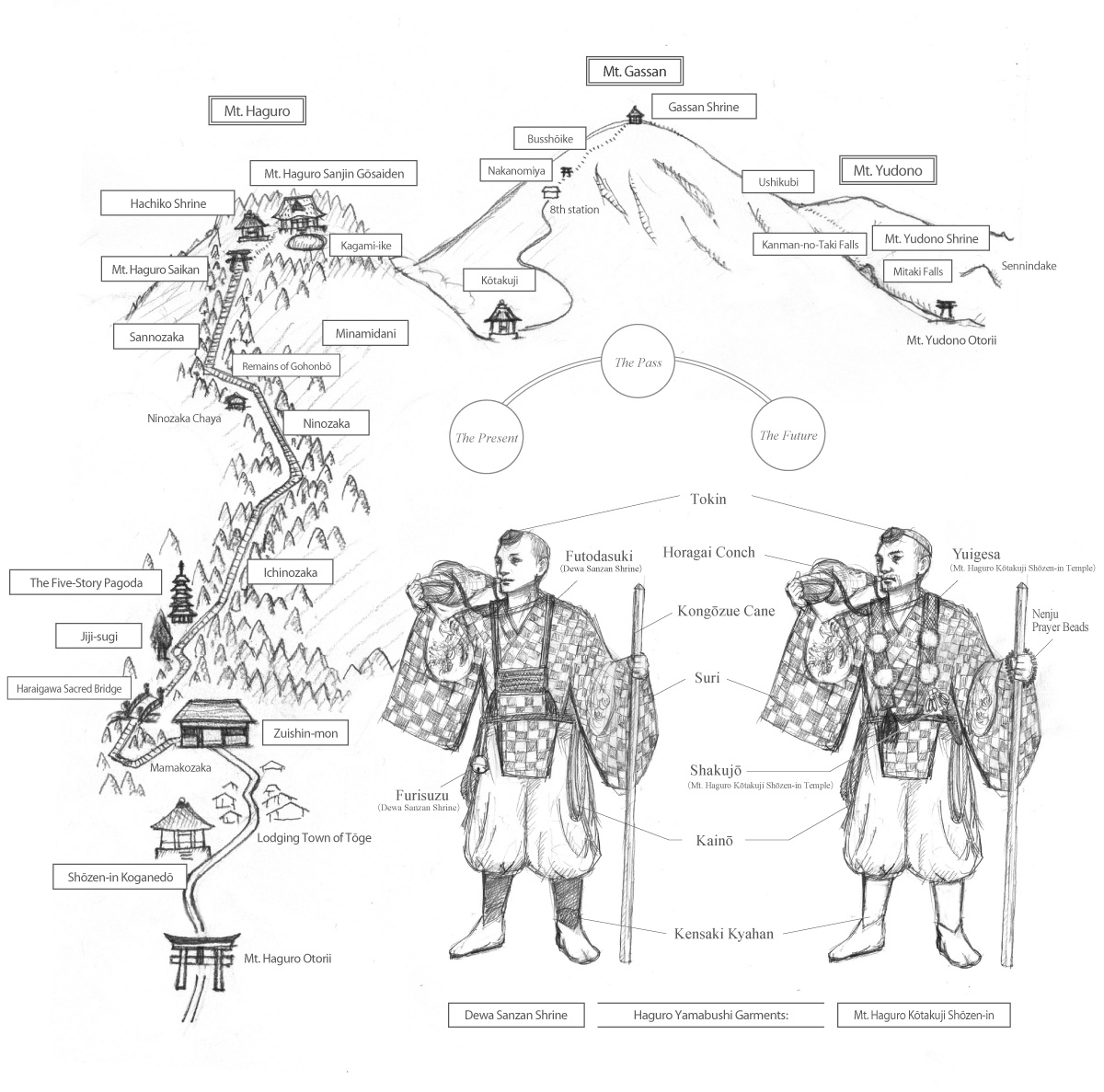